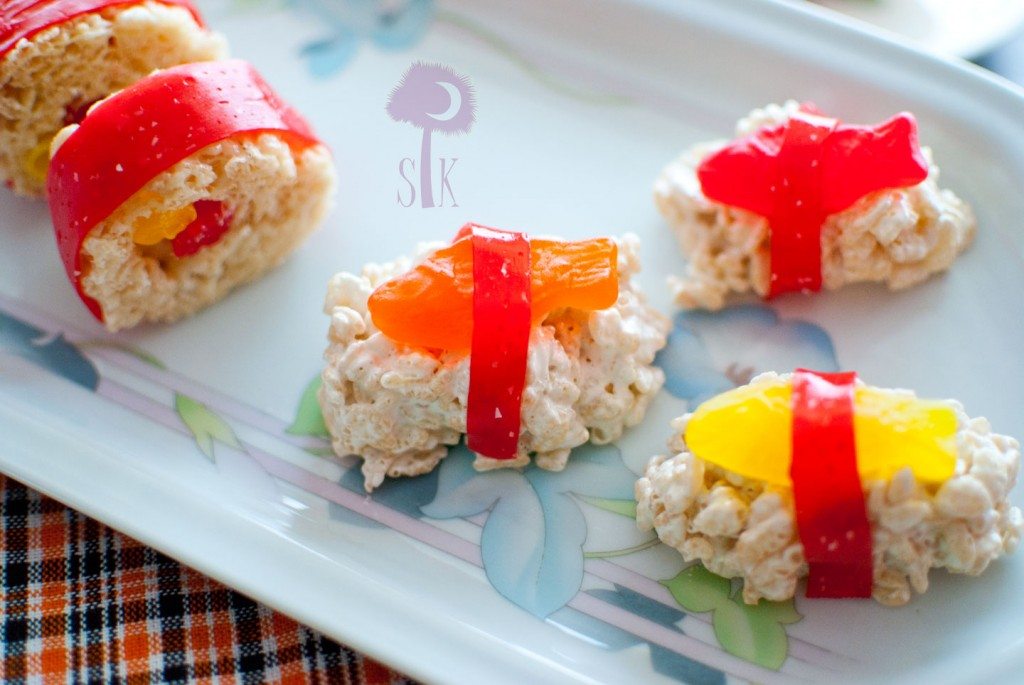 I know what you’re thinking…

And I swear the only fish coming close to these yummies are Swedish.

I wish y’all could have seen my mother-in-law’s face when I shoved a tray of these under her nose and offered her a sample this afternoon.  The corners of her lips totally twitched, she stared at me in bewilderment and ever so politely declined. 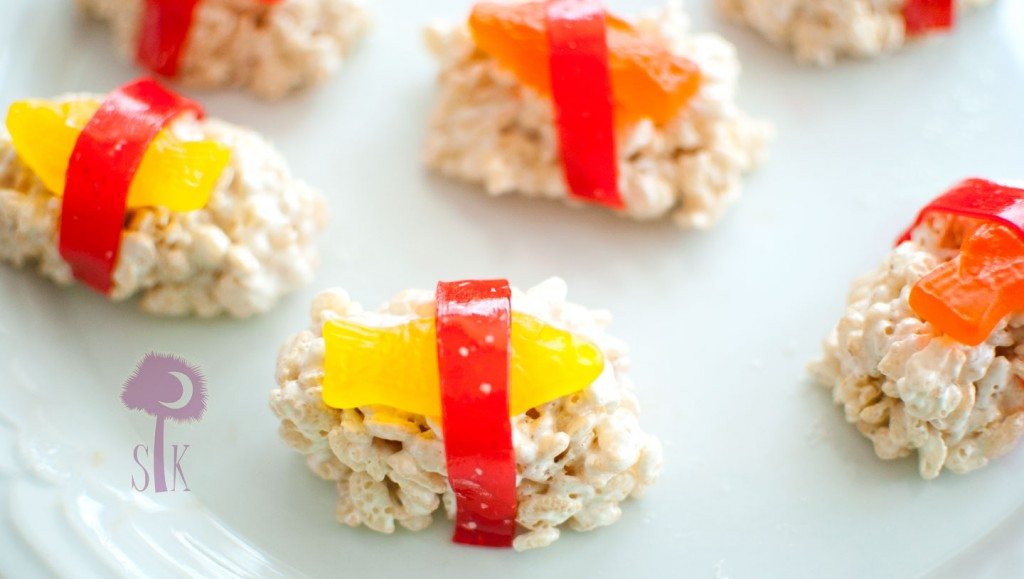 When I explained the concept of the treat and what ingredients were used, she willingly tried one…

I don’t blame her. This candy crack is almost impossible to stay away from.

I first saw this dessert several years back while stalking my favorite Food Network star, Rachael Ray. (Don’t hate. I love that yankee hooch.) Anywho, I decided to try them out when a big group of us were picnicking in Smythe Park, and I’m pretty sure every single one of the rolls were gone before I could even put the container down on the blanket we had spread underneath a looming oak.

The recipe was definitely a winner, and I’ve been making them ever since. 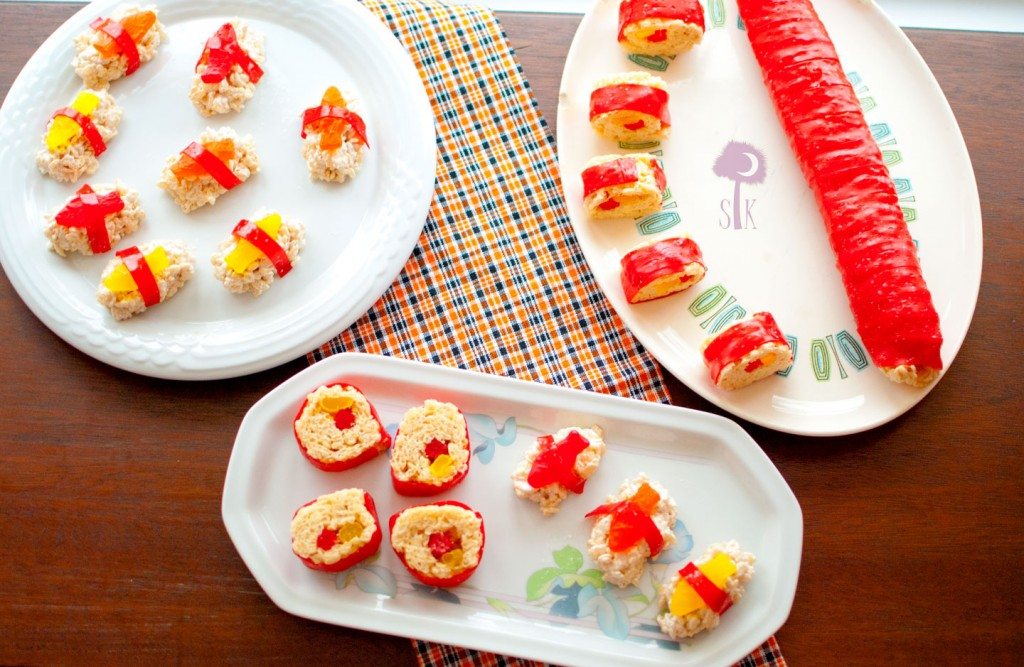 I know that I’ve been ranting and raving lately about my non-consumption of processed foods while trying to stick to all natural ingredients and the Paleo diet and blah, blah, blah, blah, blah. But let’s be real here: I just made a very traumatizing move from my beloved hometown to the middle of BFE nowhere North Carolina, and I’ve barely had a chance to get settled in let alone find a grocery store within a reasonable driving distance that can provide me with all natural licorice wands and chemical free marshmallows so give me a break, will ya? 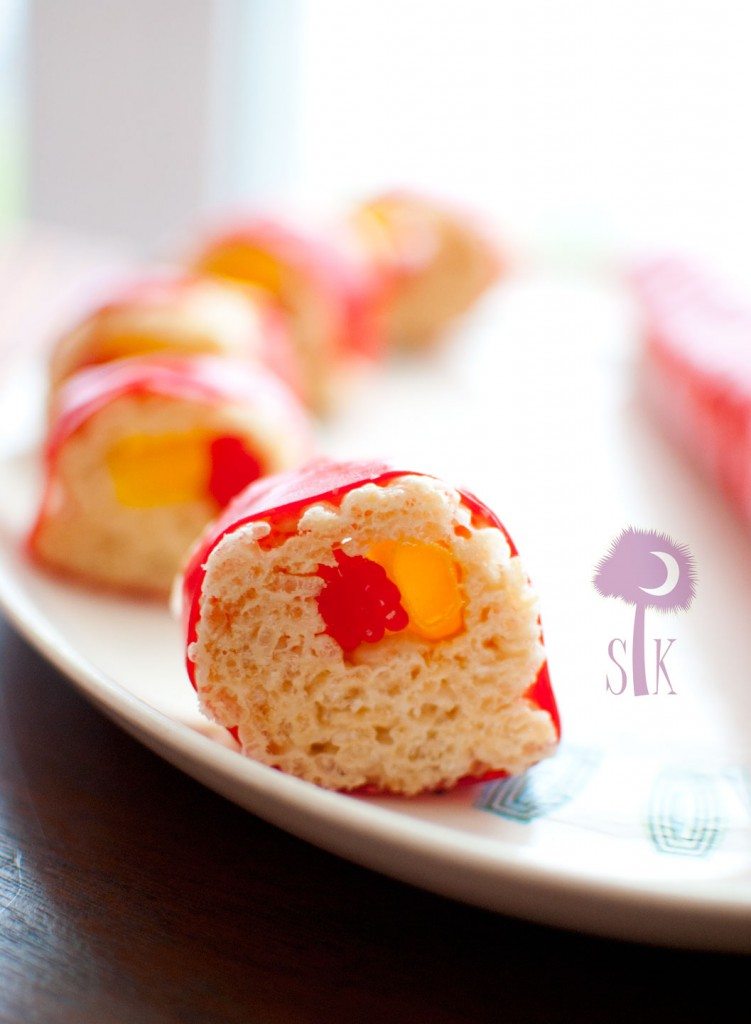 Pluuuuuus, it’s October which means Halloween is right around the corner which means lions and tigers and Reese’s cups, so you can’t expect me to make so many changes all at once and actually stick to my guns because if I did then my head might just explode and then my husband would be left to pick up the pieces and then he would surely have a heart attack because he can’t stand the sight of blood and then it really wouldn’t matter if we ate naturally or not because we’d be dead.

I mean did you not just read that?

Clearly it’s just not natural to not eat Reese cups or fun Halloween snacks that will make you famous because everyone will think you are so clever and cool, especially when you tell them no, you absolutely did not run across this idea on Pinterest.

Everything in moderation people. 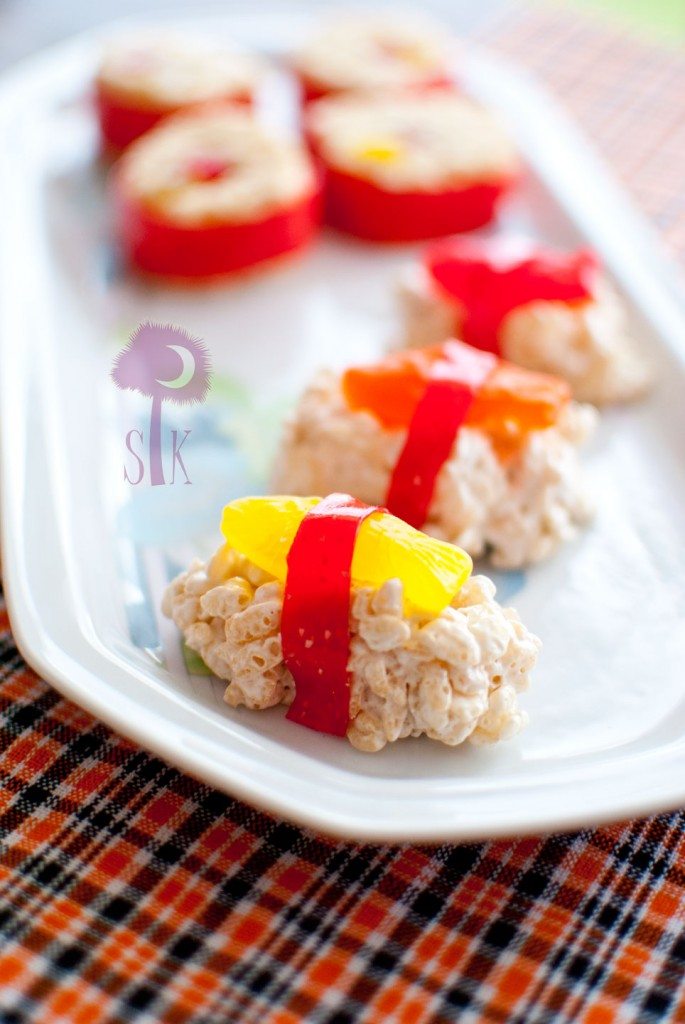 Have you ever had candy sushi before?

Do you live in the country? 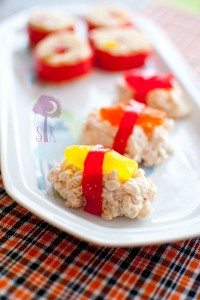