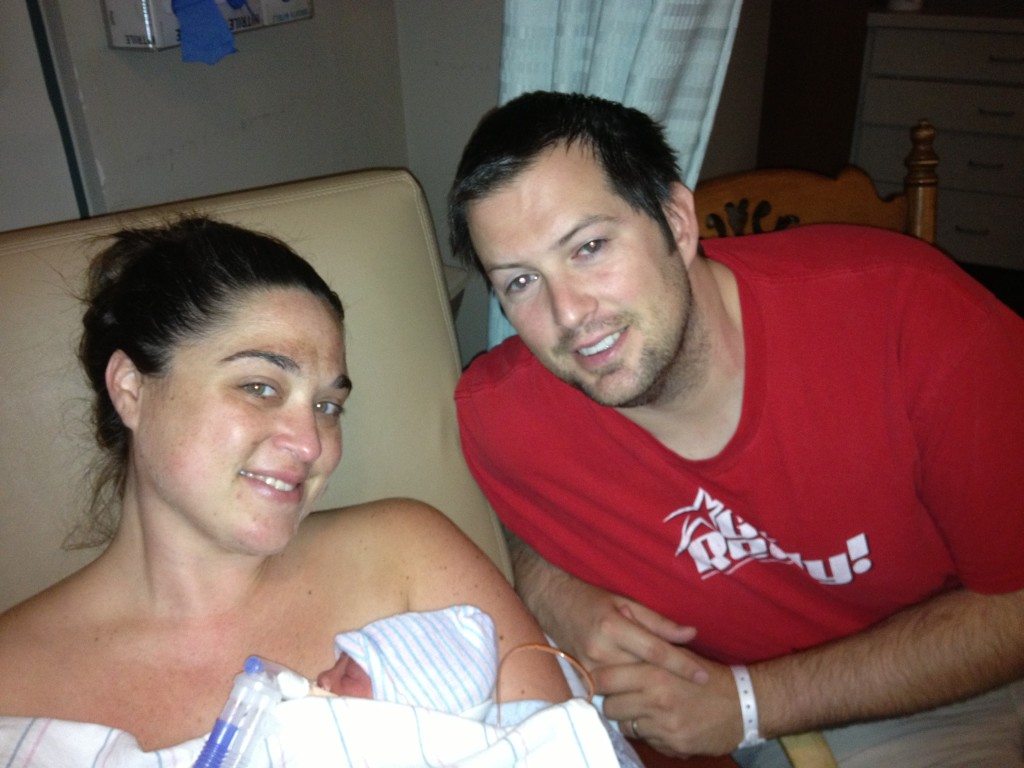 Tuesday marked the end of the most difficult yet most rewarding year of my life.

I’m sitting here in sort of a fog, trying to grasp the fact that it has only been one year since Will and I were sent into a panic and our son’s whirlwind entry into the world began six weeks earlier than it should have.

I feel like I can finally breathe. I feel as if I conquered an obstacle that was absolutely worthwhile.

But today my heart is also hurting. Today my soul weeps.

I can no longer ignore it. I can no longer push the thoughts to the back of my mind. I finally have to face the fact that my son, my tiny little preemie, is growing up and there is nothing I can do to stop it.

No one warned me about this feeling. In fact, when it comes to having kids, no one really tells you about the explosion of emotions that overtakes your entire being when your children are born.

Sure, you’re told “Your life changes the moment your baby is put into your arms for the first time” or “You don’t really know love until you have a child”, but no one actually comes right out and says, “Having a child is like detonating an atom bomb of anxiety right in the middle of your heart and, for the rest of your life, you world will swim with emotions because you love your child SO MUCH that the thought of ANYTHING hurting, scaring, manipulating, or changing your perfect angel in any way absolutely devastates you.” 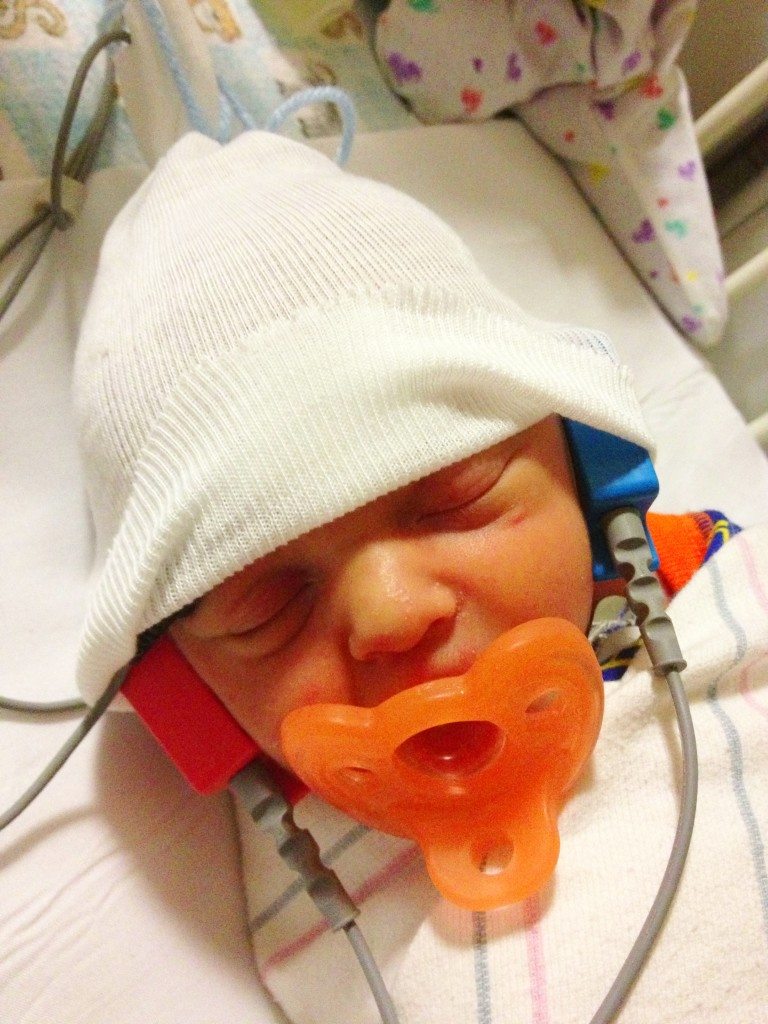 On the other hand, the thought of him taking his first steps terrifies me because that’ll really mean he’s not a baby any more. I don’t want him to start talking yet because that’ll mean that preschool, then kindergarten, then elementary school, high school and college are right around the corner. What if he doesn’t want to tell me where things hurt? What if he doesn’t reach for me and whimper if I walk by and don’t pick him up? What am I going to do when he no longer wants me to snuggle with him and sing him sweet lullabies as he drifts off to sleep?

I’m just not cut out for this. 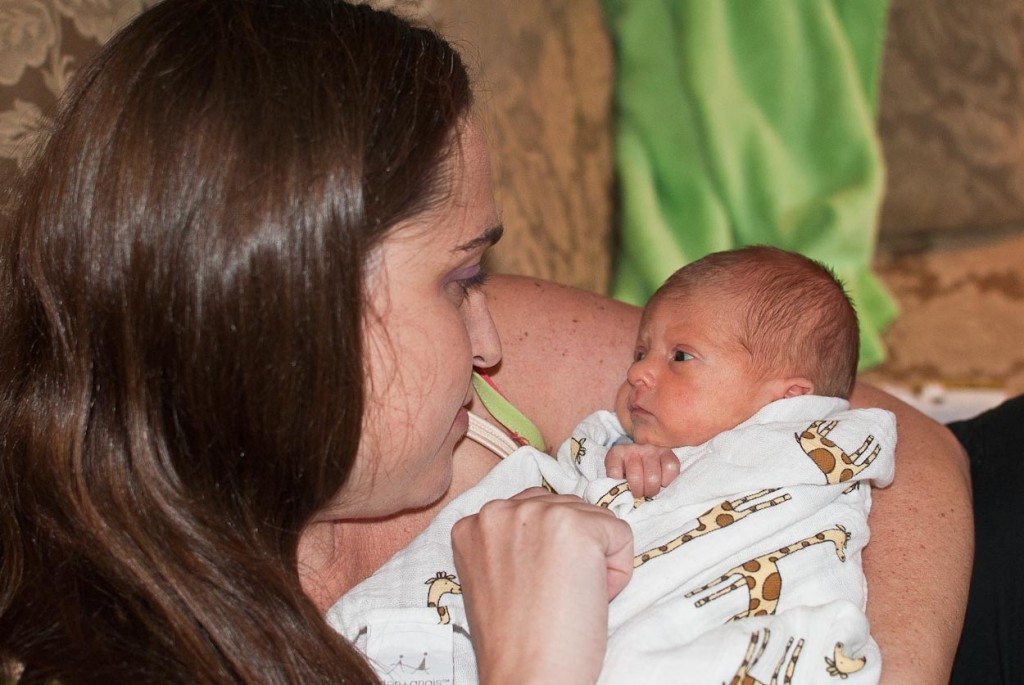 I am super sensitive and have a heart so tender I cringe at sappy commercials, ugly cry during sad movies, and have snot dripping down my nose, mascara tears tinting my cheeks, and the onset of a migraine from crying too hard if I find a kitten I can’t keep.

Now that I’m a mother? Those emotions are multiplied by one bajillion, and I’m nothing but a blubbering wart hog faced buffoon any time my child reaches a new milestone.

Being Owen’s mother is the utmost feeling in the entire universe and *NOTHING* can match it, but oh my good gracious realizing that he will not stay a baby forever is so undeniably heartbreaking. Realizing that he already isn’t a baby any more makes me want to do nothing but curl up on the couch with a cocktail and a box of kleenex and wail with womanly wonder as I stare at the pictures I took the first day we brought him home. 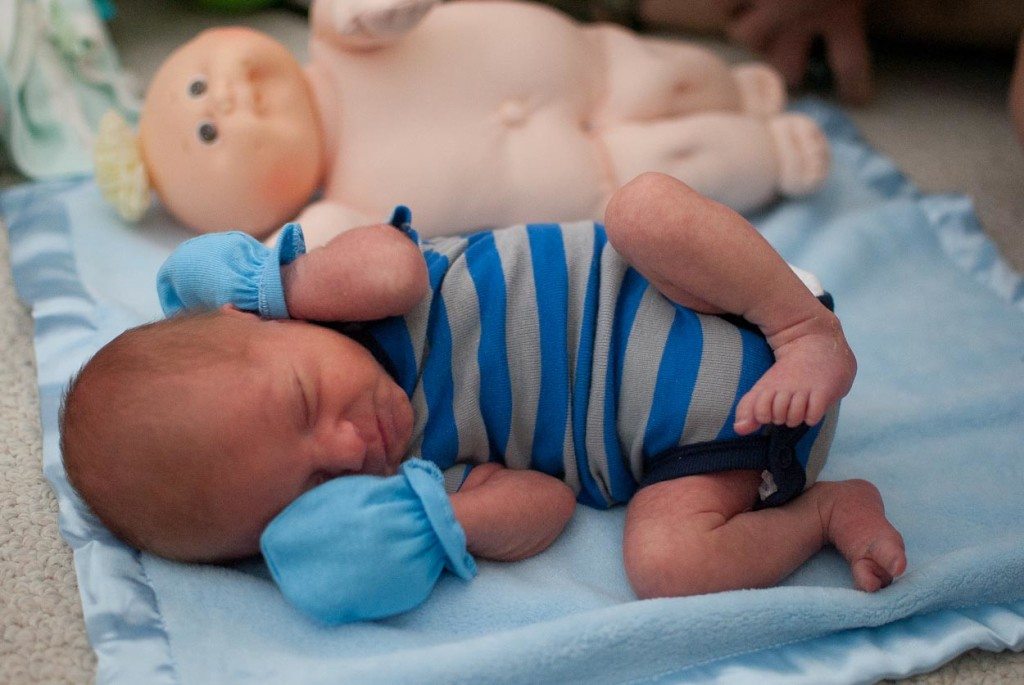 He was so itsy bitsy, y’all.

He was smaller than a preemie cabbage patch doll.

I haven’t written about this on the blog yet, but when he was first born he was taken away from me the moment he was delivered…and I didn’t get him back.

I got to see him for one swift second before they whisked him away, attaching tubes and wires to his tiny body as they rushed him to the Level 2 NICU because his lungs were underdeveloped.

I didn’t get to hold my baby until the next day. The next.frickin.day.

I did get to see him about 3 hours after he was born though. Well, see him as best as I could with the CPAP attached to his face. 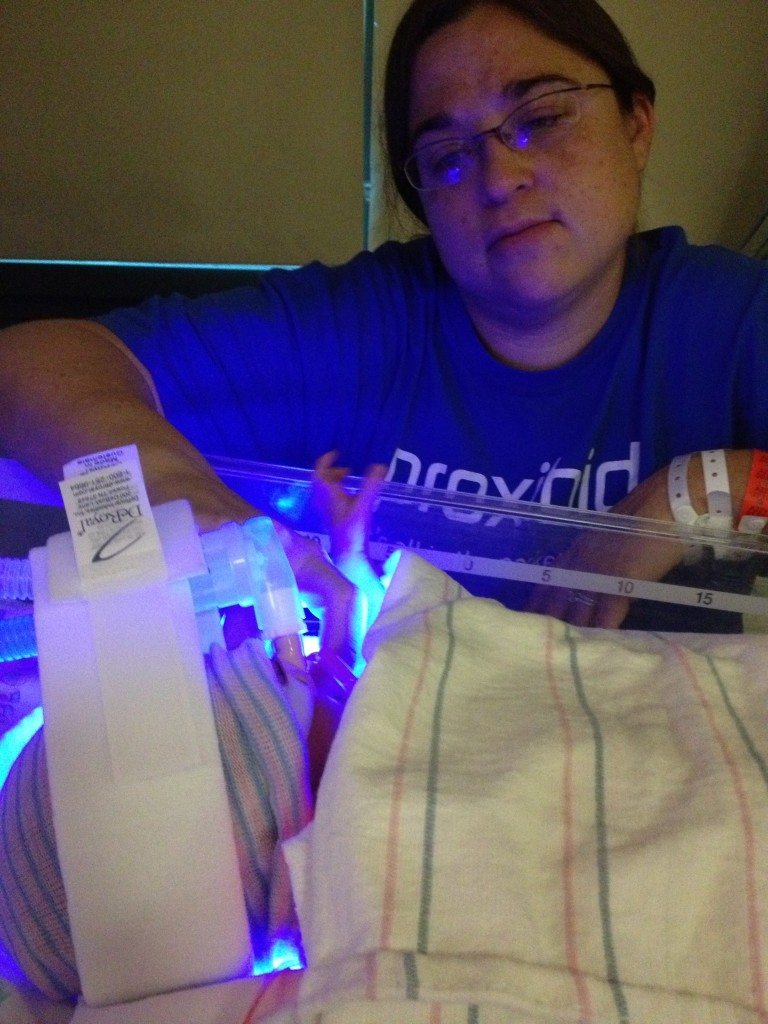 The moment I shuffled into the nursery I heard him crying.

You know how “they” always say a mother’s instincts are able to help her differentiate their own child’s cries from another baby’s? It’s so, so true. I heard him crying, and I instantly recognized it was him. It wasn’t even a question, and I barely even had to be told where to go.

I followed his raspy voice, and a rain of teardrops rushed down my face when I realized I couldn’t pick him up. I was panicked. The pain, anger, anguish, and helplessness I felt on that night when I heard my teensy baby’s cries was colossal, and the only way I could comfort him was to let him grasp my finger and whisper, “Mama’s here” through broken sobs.

I wasn’t allowed to kiss him.

I wasn’t allowed to move him.

I wasn’t allowed to caress his soft blond curls. 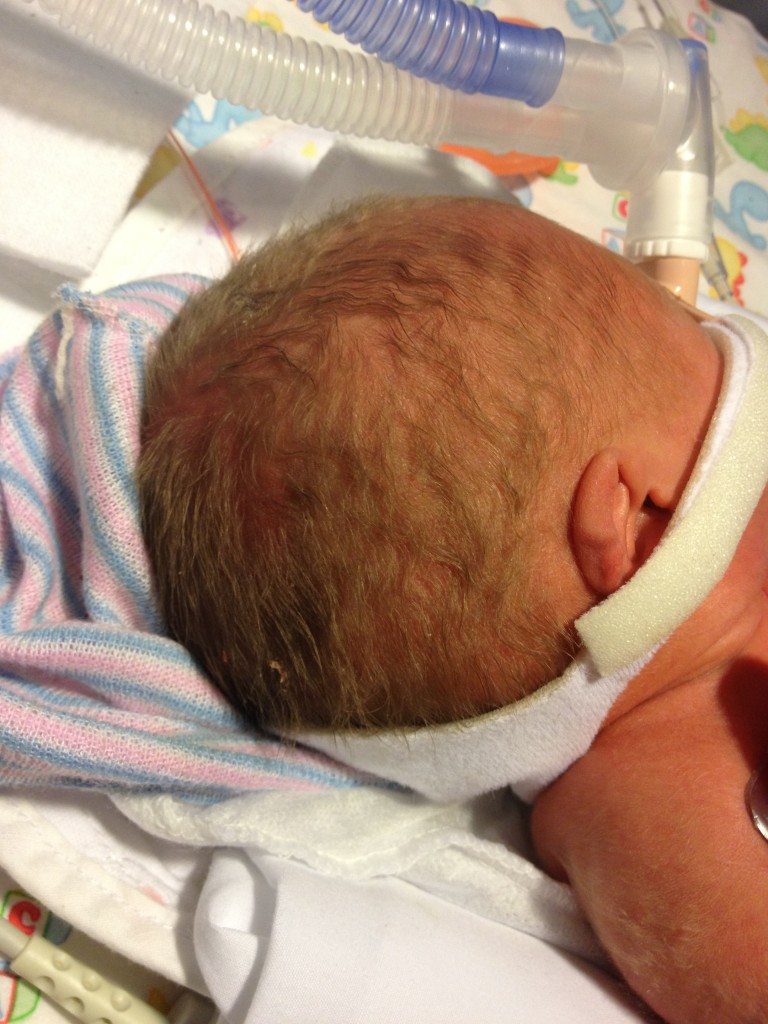 I remember how empty I felt when I left the hospital for the first time without him. It was a few days later, and my mom, Will, and I went to lunch at an O’Brien’s Pub that was, not even kidding, visible from the hospital doors we had to leave from. I was a zombie. I had so many emotions swirling inside my mind that I sort of just checked out.

I thought I had a beer for lunch. My husband just told me that wasn’t the case.

See? The only thing I could focus on was not having my baby with me. Ugh. It still hurts to think about it.

13 excruciatingly lengthy days later, we got to bring our little man home.

That’s when the real adventures began. 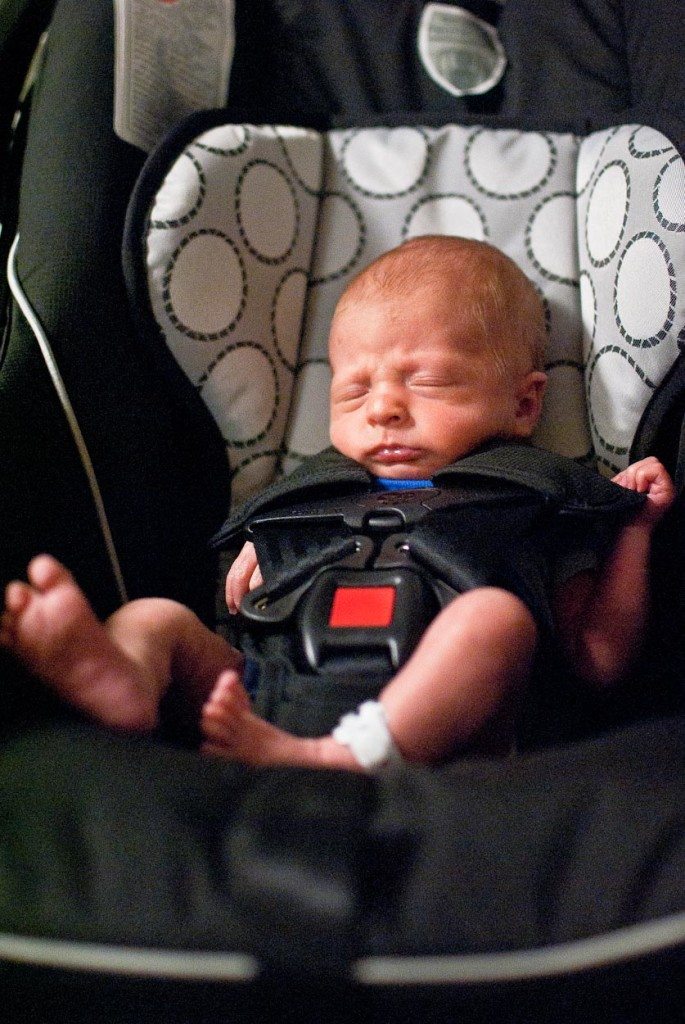 Looking back? This past year has been insanely challenging, and I’m shocked that it has already come to an end. Never have I ever cried so hard, laughed so much, or loved so intensely. Becoming a parent is by far the hardest thing I have ever done yet is the most rewarding challenge I have ever faced.  Watching your child grow up is exceptionally bittersweet.

As I was getting his bath ready this evening I stopped for a second to think. What was my life like before Owen was born? Was it all just a dream?

Looking into my son’s emerald eyes and seeing myself staring back at me is mind-boggling. I can’t help but wonder if he’s going to be as carefree as I was and pounce around the town as if nothing can stop him.

From the looks of things, that’s exactly how he’s going to be…

And I couldn’t be more proud. 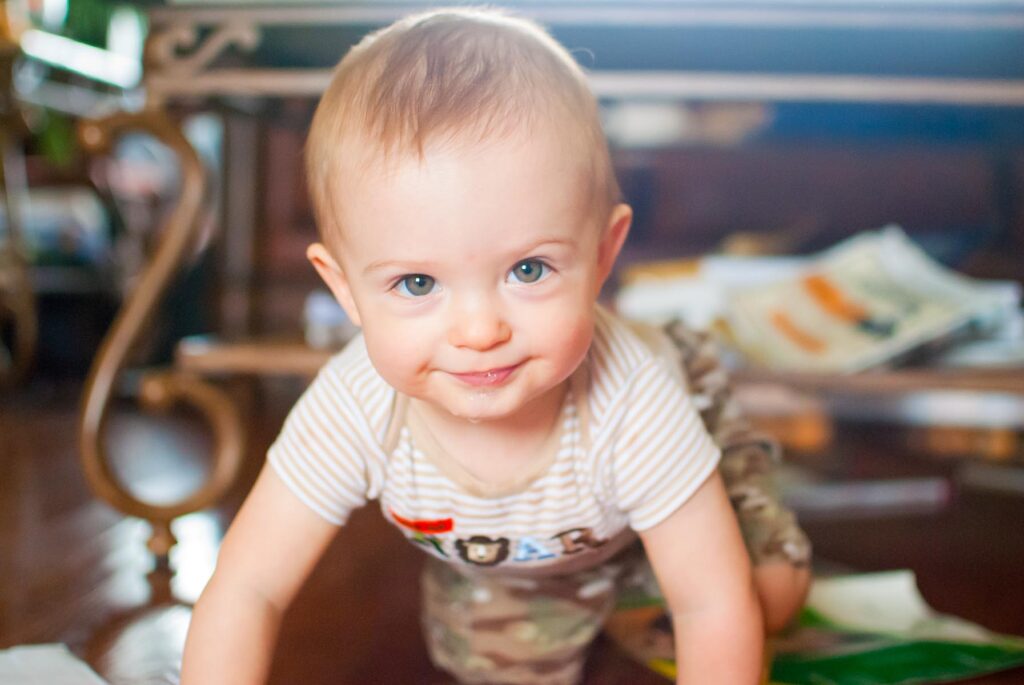 The Skinny On Me Week 7: Hubba Hubba

The Skinny On Me Week 15: Coincidence? Not A Chance…

The Skinny On Me Week Four: Kittles Cattles

The Skinny On Me Week 29: Mama Knows Best