This boozy Copycat Starbucks Birthday Cake Frappuccino is made with no artificial coffee syrups, can be made without extracts, has a dairy-free option, is loaded with premium liquor, fresh vanilla bean caviar, and is crowned with a cloud of homemade raspberry whipped cream. If that’s not a reason to celebrate, I don’t know what is. 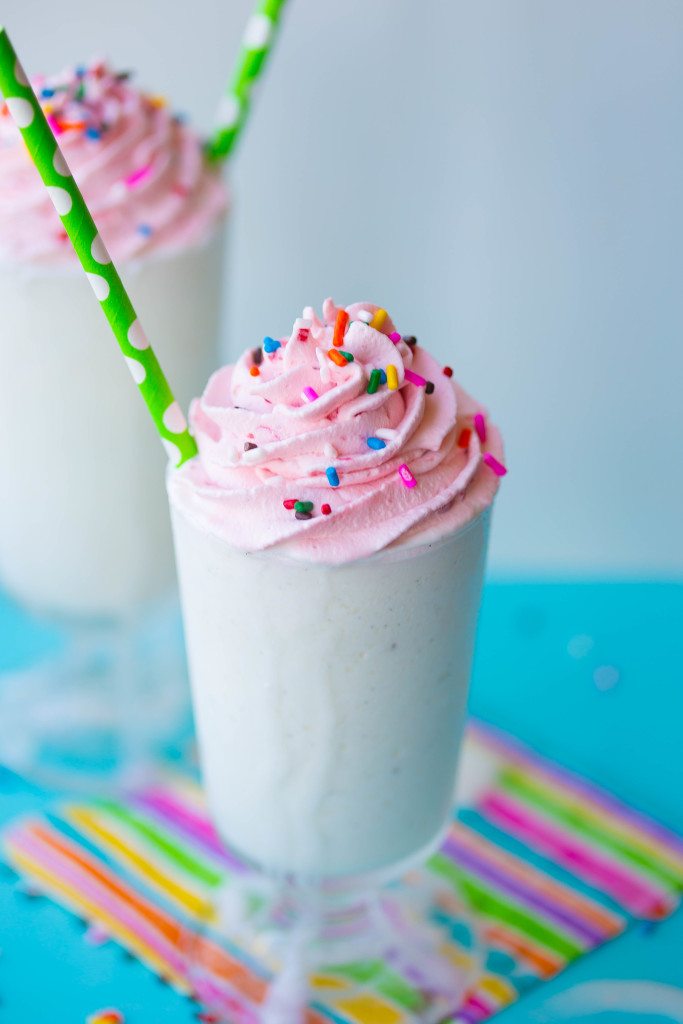 This weekend is very special to me…

It marks the end of my husband’s birthday week, the beginning of mine, Thursday was my late grandfather’s birthday, and it was also the five year anniversary of when Will proposed to me under a shower of fireworks with the most gorgeous diamond ring I have ever seen.

If y’all didn’t get a chance to taste Starbuck’s Birthday Cake Frappuccino, I can honestly say that I’m sorry because it was fricking delicious. I’m not usually one to go to the place and order something other than coffee, in fact, it’s unheard of. The closest Starbucks (and Walmart!) is about 45 minutes away from where we live so when I stopped in to order one of these babies, I also got a venti of our usual iced skinny caramel macchiato and shared them both with the hubs. 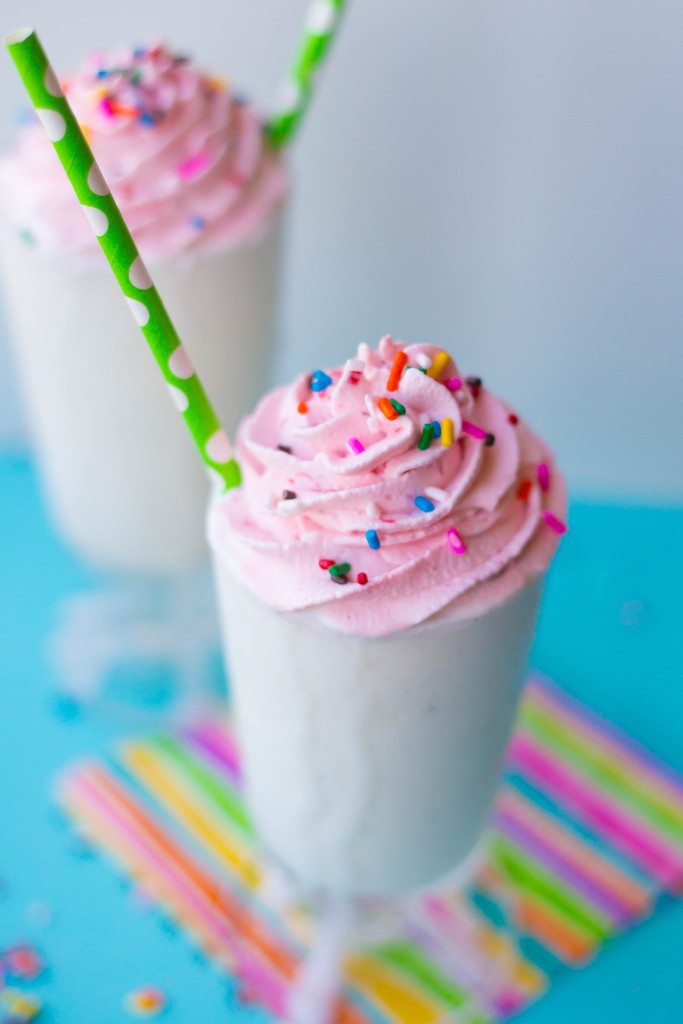 To say this copycat frappuccino actually tastes like birthday cake would be a complete lie because it doesn’t, but it does taste nearly identical to Starbuck’s version which is loaded with sugary vanilla and hazelnut syrups. They still taste sweet and cakey…just not necessarily like birthday cake.  On a side note: Did I do that “s” right? Like…is it supposed to be Starbucks’ version or is Starbuck’s version correct? You would think with a BFA in Creative Writing I would know these sorts of things, right? Oh, well. Someone tell me which is the right way, and I’ll go back in and fix it eventually.

So this birthday cake frappuccino. Do you see how it’s topped with sprinkles? The Starbucks version isn’t because they can’t be bothered with such things, and I probably shouldn’t have either because wanna know what happened when I turned my back for a second to clean up these cocktails after my photoshoot? 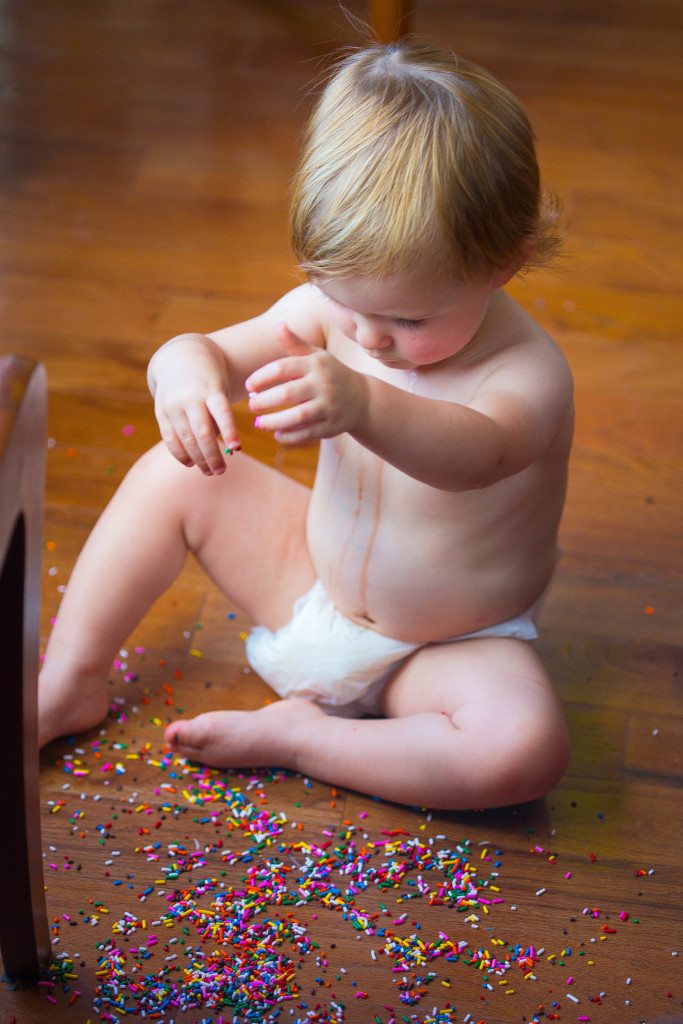 You would think it would be ingrained in my head by now that Owen has gotten huge, and he can reach things on the table and open anything that’s put in front of his face especially if whatever it is he finds looks all pretty and colorful and makes noise when he shakes it.

But, no, those sorts of things still don’t always cross my mind. My thought process was more like get these tasty looking milkshake concoctions away from tiny toddler fingers ASAP before he grabs a hold of one and takes a big glug and gets all boozed up on vanilla vodka and hazelnut liquor. 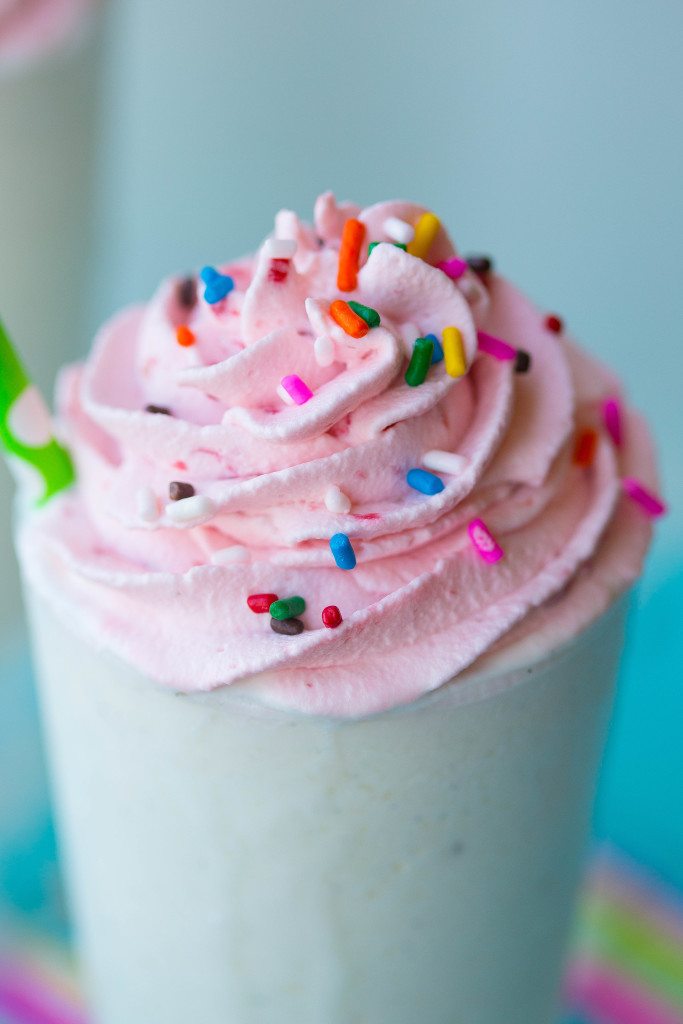 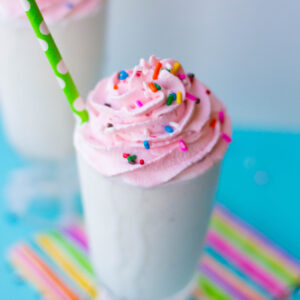 For the Homemade Raspberry Whipped Cream:

For the Homemade Raspberry Whipped Cream: