Sign up with your email address to be the first to know about new recipes and happenings!
Sign Up For Free Recipes 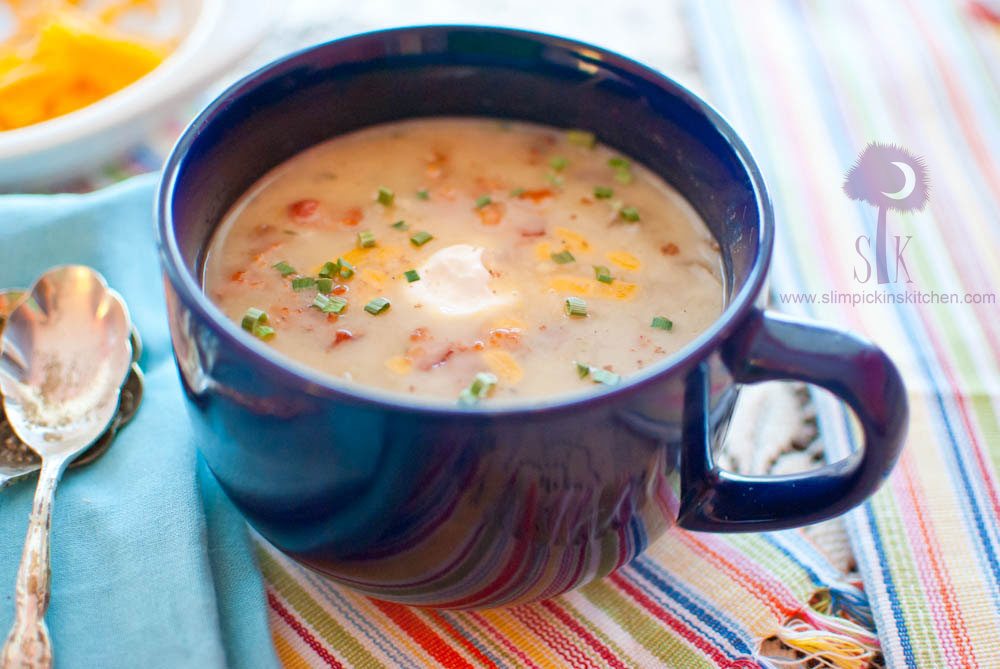 A potato soup that’s full of the essential elements of a fabulous baked potato oozing with bacon and sour cream yet it’s drastically lower in calories and you won’t feel as bloated as a microwaved marshmallow after eating  it.

And by essential elements I mean REAL bacon, REAL cheddar cheese, and REAL sour cream…and how much goes into it depends on you. 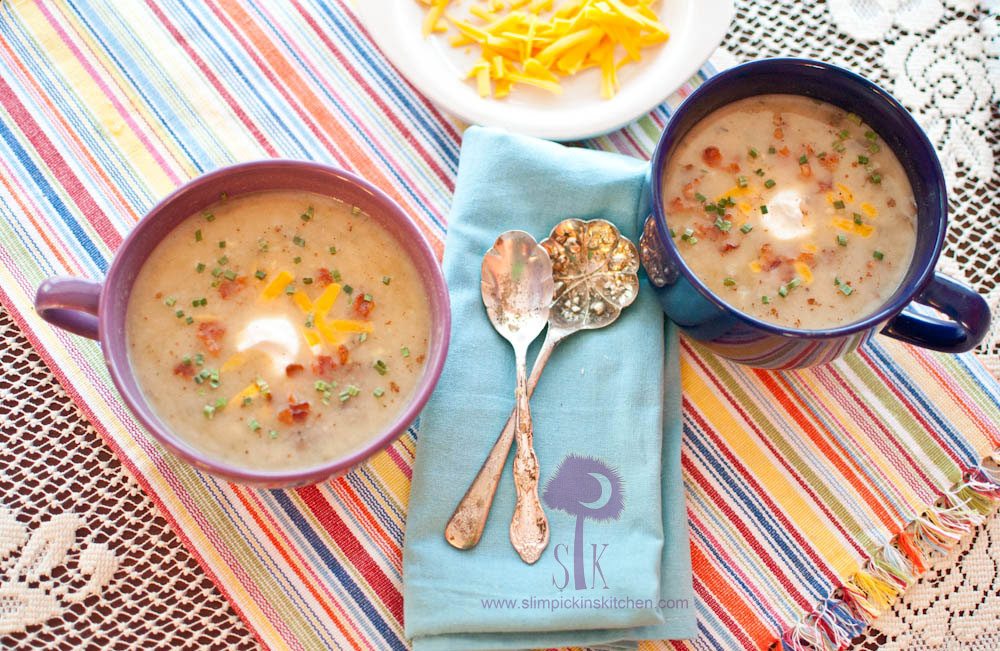 I’m also incredibly stoked about this recipe b/c I’ve finally made a meal my father-in-law will eat!

Let me explain…my FIL is a wee bit, how can I say this nicely…stuck in his ways? Picky? Bullheaded? Stubborn as a sinking Artex in the Swamp of Sadness?

Yeah…that’s putting it lightly…bless his heart.

The man (we’ll call him Papa F) likes to have things the way he likes them. If something doesn’t suit his fancy or if said thing is not the way he thinks it should be, well then, it’s wrong. 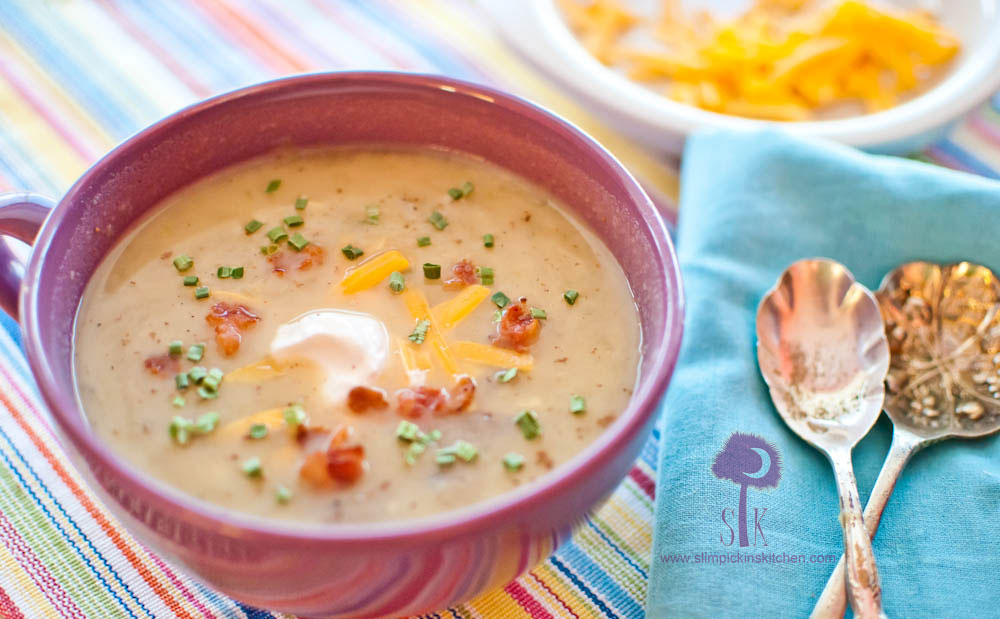 Case in point: A few weeks ago, I noticed that Mama F had several packs of sea scallops in her freezer along with two giant steaks. So, clearly, my mind went to a surf and turf dinner served alongside some oven roasted Brussels sprouts and mashed sweet potatoes. Delish, right?

Not so much…at least for Papa F.

When he got wind that I was cooking scallops (drenched in white wine and tarragon…swoon) with steak he said, “You don’t eat scallops with damn steak…you eat ‘em with slaw and damn stewed patatahs.”

Okay, listen…to me the word “stewed” ranks right up there with the word “moist”, ya feel me? Anything that has been “stewed” freaks me out and my mind automatically flashes to an image of an emaciated commoner in a medieval swinery screeching,  “If you don’t eat yer meat, ya can’t have any pudding” while stirring a giant pot of bubbling brown sludge. (I have no idea. I have no control over such things.) 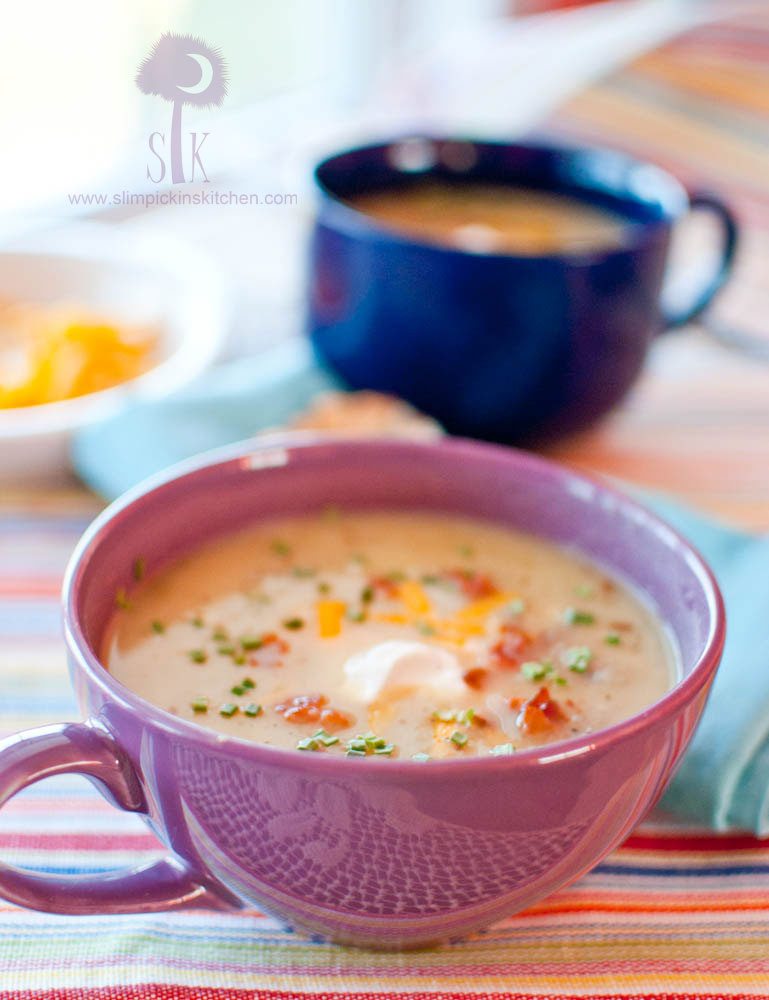 Yes I grew up in the South, but I didn’t grow up surrounded by cotton fields like I am now so, until a few weeks ago, I really had absolutely no idea what a frickin’ stewed patatah was. Oh, AND unless you’re planning to drench some cabbage in sesame oil and Soyabi sauce and dump it on top of a teriyaki BBQ pork sandwich then don’t even *THINK* I’m going to be whipping up a bowl of mayo drenched slaw.

Apparently everything Papa Forbes eats has to be served with “damn stewed patatahs”, so much so, he even spazzed out a bit when we went to the “Gossip Shop” (the local diner) and he realized they didn’t have them as one of the vegetables of the day. Luckily they had his lemon ice cream (which they stock in their kitchen just for him) so our server got off kind of easy that day.

So what are stewed patatahs? When I consulted with my husband and Mama F about what they were exactly they both kinda mumbled, “Peeled potatoes, onions, bacon grease….” and then quizzical glances were exchanged between the two of them and their explanations tapered off because apparently they have no idea what they are either.

But tonight after supper was served and the hubs, Mama F, and I were licking our bowls clean, I asked Papa F if he liked the soup, and he said, “Of course I did…it was nothing but damn stewed patatahs.”

So there ya go. 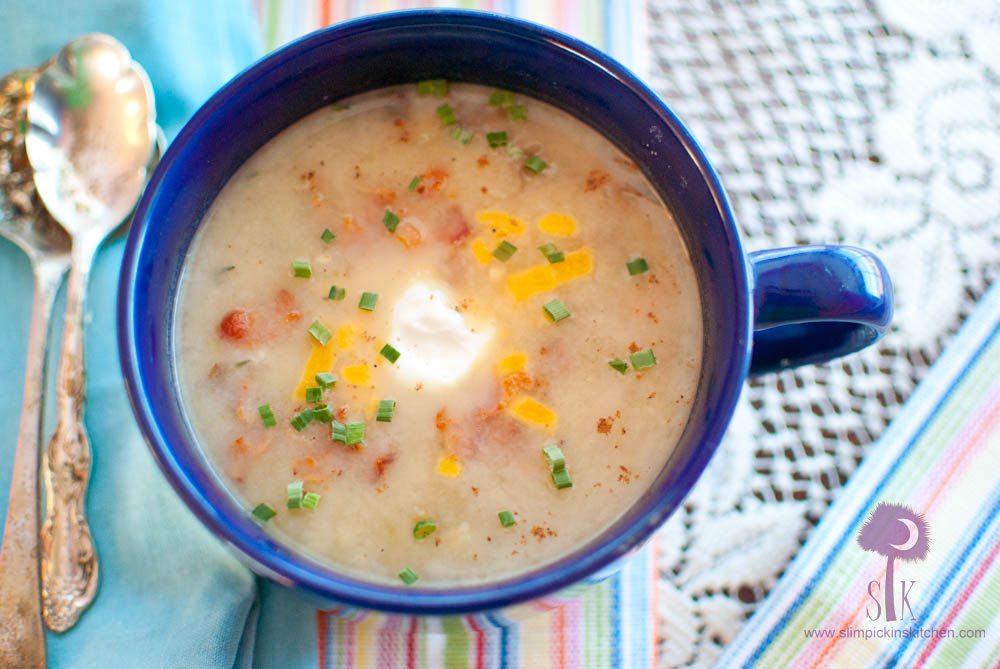 Do you get along with your in-laws?

Are you going to use real bacon or turkey bacon or omit completely?

Did you know what a stewed patatah was? 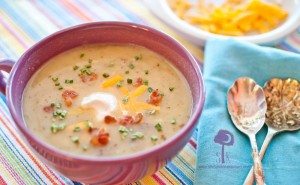